A new chairman for the sectoral regulator, review of the existing regulations, consolidation of the players, focus on profitability, larger companies reaping the benefit of investments in technology, upward revision in the third party motor insurance policy are some of the 2022 forecasts by the senior officials of Indian general insurance industry.

Officials also said it will be interesting to see how digital insurance companies will be able to scale up their business this year.

It is going to be more than seven months since the Insurance Regulatory and Development Authority of India (IRDAI) is without a Chairman. There are many old regulations that need to be reviewed, senior industry officials told IANS not wanting to be quoted.

“It has been two decades since the opening up of the insurance industry. While during earlier phases the emphasis was on growth, the industry will move towards consolidation as it matures as companies also start looking at profitability and not only growth numbers,” Gopal Balachandran, Chief Financial Officer and Chief Risk Officer, ICICI Lombard General Insurance Company Ltd told IANS.

In August 2020, ICICI Lombard announced the acquisition of the general insurance business of Bharti Axa General Insurance by way of a demerger.

In September 2021, the IRDAI granted the final approval for the deal and ICICI Lombard expects to realise the synergy benefits over the next two years.

Pointing out that the general insurance industry being price sensitive, the economies of scale of the players will be another advantage that may bolster the mergers and acquisitions (M&A).

The price war at the market place has made some companies needing capital infusion and this may also trigger M&A, he said.

Large general insurers like ICICI Lombard are expected to derive operational efficiency owing to the investments made in the digital tranformation and strengthening of the distribution channel.

Balanchandran said it will be interesting to see how the digital insurance companies — those who sell policies only online — log the accelerated growth rates in 2022.

Industry officials expressed optimism about the economy picking up and the increased Covid-19 vaccinations are good signs for the general insurers.

“Again we will watch out for how the pandemic pans out given the recent uncertainty caused by variant Omicron. Covid-19 has affected the majority of people to some extent. However, its long term impact is still uncertain,” Balachandran said.

“With the introduction of a new variant — Omicron, it will be difficult to say anything with certainty. However, this will surely make people more risk averse and positively move towards protection. People will be wise in selecting a health insurance that offers wide coverage and evaluating their existing policies considering the changing protection requirements,” Rakesh Jain, CEO, Reliance General Insurance told IANS.

As regards 2021, Jain termed it as challenging owing to the impacts of Covid-19 and several natural calamities.

“On one hand, we witnessed growth in the health insurance segment with heightened awareness in 2021. Due to covid and its claim payoffs by industry, the health infrastructure across the country has been undergoing a great deal of improvement which is a very positive growth indicator,” Jain told IANS.

According to him, the motor insurance segment saw a drastic fall in premium collection during the first two quarters but saw a pick-up until the supply side issues with private vehicles due to chip shortage.

Industry officials are hoping for a premium hike in the third party insurance segment saying that it has not been increased for the past two years.

Nearly 40 per cent of the general insurance business is from the motor insurance vertical and a major portion of that from third party risk cover, insurers are not enthusiastic about any changes resulting in lower premium and investment income.

However as per the study made by the Insurance Information Bureau of India (IIB), the general insurers are not incurring any huge losses.

In fact, owing to the lock down during the first wave, the third party motor insurance claims came down drastically for the insurers.

“The motor third party loss rates differ from state to state. It is time to have rates for different states so that the pricing is right,” a CEO of a private insurer had told IANS.

Officials said the IRDAI should allow the insurers to innovate and devise new policies.

“The policy wordings are defined. The core product remains the same without any flexibility,” a top official of a private insurer said. 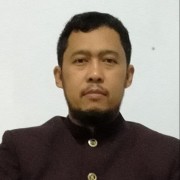 In 2022, Here’s How Experts Say You Should Approach Your Healthcare Visits

In 2022, Here’s How Experts Say You Should Approach Your Healthcare Visits

Types of Life Insurance for Smokers